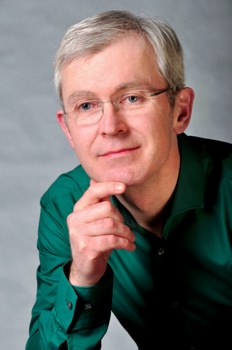 Wolfgang Klose began his musical training as chorister and soloist with the Domspatzen cathedral choir in Regensburg under choirmaster Georg Ratzinger. Afterwards he studied singing with Michael Schopper, Hans and Ilse Hagen and attended master classes given by Kurt Moll. He became a regular member of the Bavarian Radio Choir in 1998. In the Munich Residenz palace’s Herkulessaal and at the Gasteig concert hall he has performed the roles of Hans Foltz in Die Meistersinger von Nürnberg and Count Ceprano in Giuseppe Verdi’s Rigoletto. In addition, he has appeared as a soloist under the baton of Thomas Hengelbrock in Mozart’s Requiem and Mendelssohn’s Walpurgisnacht together with the Bavarian Radio Symphony Orchestra. Mr. Klose can also be heard in CD productions with such renowned artists as Vesselina Kasarova and Plácido Domingo. He is particularly committed the interpretation of contemporary music. For instance, he performed Oskar Sigmund’s song cycle Aller Tod ist Tor zum Leben and Mikis Theodorakis’s Requiem at the closing concert of the European Festival in St Stephen’s Cathedral in Passau.