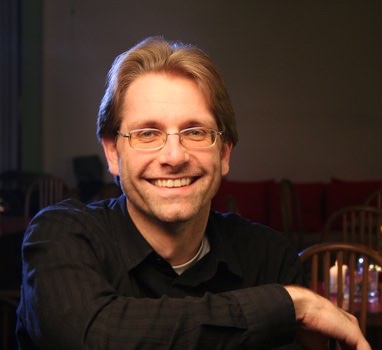 Max Hanft was born in Munich in 1974. He achieved early success at the Jugend musiziert competition and at the age of 16 began studying the organ with Herald Feller and the piano with Claude-France Journès, professors at the Munich College of Music and Drama. In 1993 he became the first recipient of the newly created Cultural Endowment Prize in his home town of Pfaffenhoffen an der Ilm. Two years later, he began his studies at the Munich College of Music, receiving a Degree with honors in 2000. He began working regularly as a rehearsal pianist with the Bavarian Radio Choir in 1997, and took on the position of Musical Director at the Church of St. Nicholas in Neuried in 1999. After completing his studies Max Hanft continued to train on a variety of keyboard instruments and attended masterclasses with Gundula Janowitz (vocal accompaniment), Gerhard Weinberger (historical performance practice of the organ) and Lars Ulrik Mortensen (harpsichord). Since 2001 he has had the opportunity to perform all of his keyboard disciplines with the three ensembles of the Bavarian Radio (The Bavarian Radio Symphony Orchestra, The Munich Radio Orchestra and the Bavarian Radio Choir. Has had performed in concert and on recordings with Maris Jansons, Ton Koopman, Lorin Maazel, Zubin Mehta, Riccardo Muti, Sir Simon Rattle, Ulf Schirmer and Marcello Viotti. As a harpsichordist he had played with various early music ensembles including the Berlin Academy for Ancient Music, the Munich Court Chapel and Concerto Köln (Cologne). His concert appearances outside Europe include engagements in New York, Kyoto and Singapore. As an Organ soloist, he had performed at the Rheingau Music Festival, The Lucern Festival, The International Organ Week in Nuremberg, The Cathedral of Brixen, and the Dresden Frauenkirche. He also involved in a recording of Gabriel Fauré’s Requiem, conducted by Peter Dijkstra, which won the Echo Classic Award in 2012.