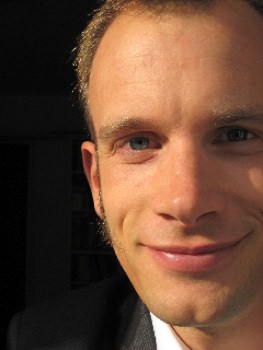 The foundation of Christof Hartkopf’s singing career was laid in the years he spent with The Regensburg Domspatz cathedral choir, where he sang as a boy soloist and participated in Radio and Television productions. He studied with Anke Eggers at the University of the Arts in Berlin, and took part in German art song classes with Dietrich Fischer-Diskau. At that time he also sang with the groups Singer Pur, the Hilliard Ensemble and the RIAS chamber choir, where he received a permanent membership.
He received a stipend from the Richard Wagner Association and took Interpretation classes with Thomas Quasthoff, Bernd Weikl and René Jacobs.
In 2004 Christof Hartkopf relocated to the Bavarian Radio Choir in Munich. The native of Regensburg has been a guest soloist at the Hans-Otto-Theater Potsdam (The Doctor in W. Hiller’s The Dream Eater), the Bavarian State Opera (A Ridicule in Prokofiev’s The Love for Three Oranges), with the Freiburg Baroque Orchestra (Arias in Bach’s St. John Passion), the Academy fur Ancient Music Berlin (Schuberts Mass in A-flat Major), as well as The Messenger in Handel’s Belshazzar with the Berlin Philharmonic.
Christof Hartkopf’s repertoire crosses the spectrum of vocal stylistic practices, from the music of early polyphony and the Renaissance, to Classical Opera and Lieder and on to contemporary music. He holds a special affinity for sacred music, especially the works of J.S. Bach. He was the baritone soloist in performances of Bach’s Christmas Oratorio with the Bavarian Radio Symphony Orchestra conducted by Thomas Hengelbrook.